Why We Support LGBTQ Rights 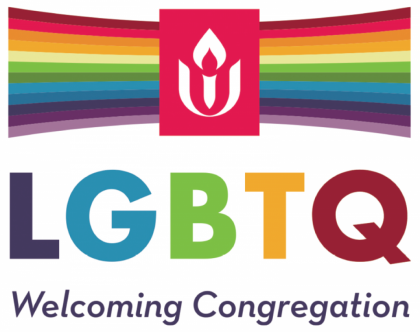 UUCC Social Justice Committee stands in solidarity with every person and community resisting racism and bigotry. The chants of the white nationalists against people of color, LGBTQ people, and Jewish people are a reminder that we are all in in this struggle together.

We believe that when gay people are allowed to participate fully in society, it benefits our communities, the economy and millions of American families, gay and straight alike. Winning marriage equality was an important part of ending discrimination, and a defining step toward full equality and inclusion of gay people in American life. But there is still work ahead.

From seniors to youth, our LGBTQ community faces persistent challenges. For example, LGBTQ older adults are less likely than heterosexual elders to have children to look after them as they age – and they’re more likely to live alone. LGBTQ high schoolers report higher rates of dating violence, including sexual assault, than their straight peers. In addition, LGBTQ youth are bullied to a much greater degree (30%) than heterosexual teens (17%), and are significantly more likely to contemplate and attempt suicide.

Here are five things we can all do to support our LGBTQ friends and community members:

Be there to talk, and give hugs if possible.
Letting the LGBT people in your life know that you love them or care about them and that you’re there to talk if they need you goes a long way

Be vocal about your support in communities of straight people.
As a straight ally, you often have the ear of the people who most need to hear about loving and respecting LGBT people.

Get involved in LGBT activism.
To prevent attacks from happening again in the future, we need continued activism. Contact your local LGBT community center, and ask how you can help. There are some LGBT spaces that are only for LGBT people, but there are many spaces where you are needed.

Confront homophobic and transphobic people in your life.
For LGBT people, confronting homophobic or transphobic people can be incredibly dangerous. As a straight ally, you’re in the position to do so with far fewer consequences. Do not tolerate hate speech at work. Don’t tolerate harmful “jokes” at parties or family gatherings. If you see discrimination happening, say something.

Section Navigation
Our Next Service

A celebration of the arts and their contribution to peace in our world and in our lives.